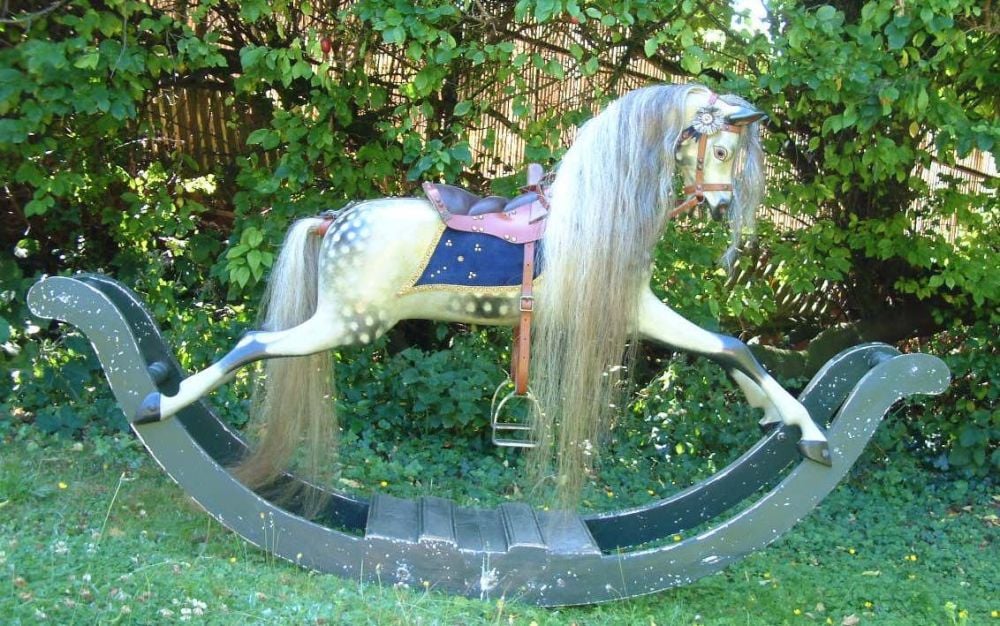 Built at the Bagnigge Wells premises, Kings Cross, London, this finely carved and detailed horse was rescued from being thrown on a bonfire in the early 1960`s and then spent several decades in a garden workshop until a change in ownership that lead it to finally being restored to its former glory.

It has been accurately repainted and varnished in the manner it would have been presented in. Similarly, original Lines upholstery and decorative nails have been reused and applied in the same pattern as first set out. This is also reflected in its replaced leatherwork, along with the original colour saddle blanket(fragments found under domed nails) that had been fitted to it.

As with nearly all horses of this age, it is also fitted with a side saddle pommel, so that girls who did`nt wear trousers at that time , could also ride them.

Priced at £4850 for viewing this rare horse or for further information please email in the first instance: [email protected]